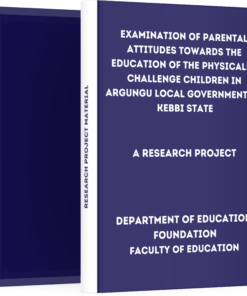 Examination of Parental Attitudes Towards the Education of the Physically Challenge Children in Argungu Local Government of Kebbi State ₦3,000.00 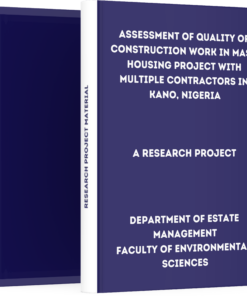 If you are interested in getting this project material “Population Census and Revenue Allocation formular in Oyo East Local Government Area of Oyo State”, click on the DOWNLOAD BUTTON to make payment and the file will be delivered to your email immediately after confirmation.

Download Population Census and Revenue Allocation formular in Oyo East Local Government Area of Oyo State Students who are writing their projects can get this material to aid their research work.

This research work is based on population census and revenue allocation formula in Oyo east local government area of Oyo state. In the project the historical development of census, that is during the colonial period and after the independence period.

Also, the problems of population census in Nigeria which was majorly that of inaccurate data of the population of the country was singled out as causing impediments to plan to the government.

Questionnaire was used in the process to gather information from the people furthermore; discussion of findings was used to explain the opinion of the people.

The census of 1952/1953 degenerated into crises because of wrong estimation, however the 1962/1963 census after independent became a political issue as a result of vote that some of them received during the election the result of 1963 was considered unreliable owing to double counting over-estimation of figure.

So also the 1973 census was rejected as a result of double counting 1991 census lead to ethnic crises. The 2006 population census is still been released in piece meal for the fear of ethnic tension.

Through official population figure shall be rejected by some states as Lagos which claimed that the figure quoted for it was far below the population of Lagos state.