Consequences of Disclosure among Adult People Living with HIV in Nigeria ₦3,000.00 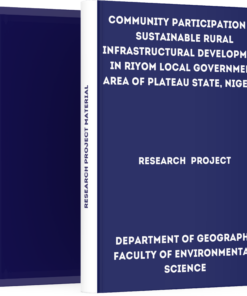 Attitude of Female Mass Communication Student Toward Journalism as a Career

If you are interested in getting this project material “Attitude of Female Mass Communication Student Toward Journalism as a Career”, click on the DOWNLOAD BUTTON to make payment and the file will be delivered to your email immediately after confirmation.

– Attitude of Female Mass Communication Student Toward Journalism as a Career –

Download Attitude of Female Mass Communication Student Toward Journalism as a Career. Students who are writing their projects can get this material to aid their research work.

There is an increasing number of female journalism students in training institutions in Europe and Asia and Africa  (Frohlich 2004; Creedon 1993; Kosicki & Becker 1992; Peterson 1988). However, it has been observed that there is a disproportionate number of practicing female journalists who graduate from these programmes (Jurkowitz 2003).

The number of female students graduating from journalism schools are high, but the number of those practicing in newsrooms is disproportionately lower. For example, University of Zambia (UNZA) records of graduates in the Department of Mass Communication indicate that more women than men graduate as journalists.

The author’s observations based on over twenty years of teaching journalism in the UNZA programme is that in their entry year, the female students declare that they want to be trained as journalists and to work in the newsroom. But by third and fourth year, their career direction seems to change.

They lose interest in traditional journalism reporting and begin to prefer public relations and other specializations in the communications industry. Even those who at graduation accept reporting positions in the newsrooms, pursue alternative careers within the first three years.

This phenomenon brings up a critical question: What drives females out of the newsroom? Besides the obvious matter of better salaries. It posits that additional influences on career choices are grounded in socialization, biased attitudes, cultural beliefs and are gender based.

Barriers to women’s ability to climb the cooperate ladder in the media industry, negative or gender-blind and biased attitudes in the media are varied.

They include, women’s low status in society, traditional and cultural expectations, heavy workloads, double shifts of working at home and office, and their absence in positions of formal authority or decision-making (Nyondo.,2005).

Gender bias in different  institutions including media houses as observed today derives its roots from the time society begun differentiating roles between women and men. These roles were defined according to societal beliefs and customs. The customs and beliefs became the norm by adoption and compliance.

Society started to perceive men’s roles as being superior to those of women and the status of men was given a superior position therefore, this action from the male’s affect the attitude of most female mass communicators.

The superior status ensured men’s dominance in all areas of human activity with exception of maternal roles of carrying a baby for nine months and breast feeding.

The colonial governments in Africa made it worse. Females were discriminated against in the education system and society accepted it. Interviews with older women in a literacy class revealed that females who pursued any formal education were even labeled “prostitutes.”

The colonial system gave education and employment to males, therefore, men became responsible for policy formulation and drafting of rules and regulations.

In the process, their priorities did not consider women’s interests. The colonial governments, by empowering men with education and employment, automatically positioned them as the sole bread earners of the families.

The important role that a traditional woman held in the home was diminished more and more. This masculine culture reflected in society in general also penetrated institutions, media houses and other social sectors.