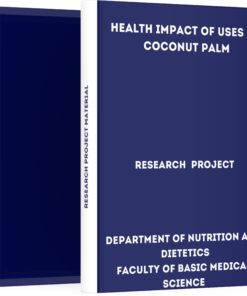 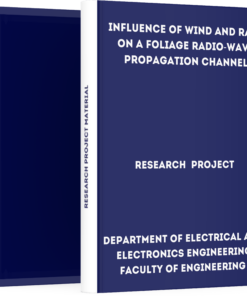 Influence of Wind and Rain on a Foliage Radio-Wave Propagation Channel ₦3,000.00
Sale!

If you are interested in getting this project material “Genetic Analysis of Progenies from Diallel Crosses Among Eight Varieties of Different Maturity Groups of Maize”, click on the DOWNLOAD BUTTON to make payment and the file will be delivered to your email immediately after confirmation.

Download Genetic Analysis of Progenies from Diallel Crosses Among Eight Varieties of Different Maturity Groups of Maize. Students who are writing their projects can get this material to aid their research work.

Zea is a genus belonging to the grass family, Poaceae in the Andropogoneae tribe but is commonly cited in the literature to belong to the tribe Maydeae (Mangelsdorf, 1974). Zea was derived from an old Greek name for a food grass.

The centre of origin for Zea mays spp. mays have been established as the Mesoamerican region, now Mexico and Central America (Mangelsdorf, 1974).

Archaeological records suggest that domestication of maize began at least 6,000 years ago occurring independently in regions of the South-western United States, Mexico, and Central America (Mangelsdorf, 1974).

Under natural conditions, maize reproduces only by seed production. Pollination occurs with the transfer of pollen from the tassel to the silks of the ear. About 95% of the ovules are cross-pollinated and the rest are self-pollinated (Poehlman, 1959).