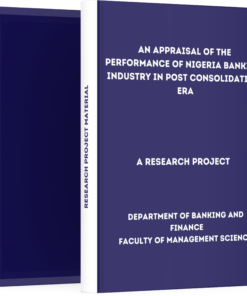 An Appraisal of the Performance of Nigeria Banking Industry in Post Consolidation Era ₦3,000.00 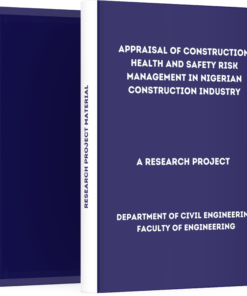 If you are interested in getting this project material “Genome Wide Association of Heat Tolerance Loci of Wheat in Hotspots of Sudan and Syria”, click on the DOWNLOAD BUTTON to make payment and the file will be delivered to your email immediately after confirmation.

Download Genome Wide Association of Heat Tolerance Loci of Wheat in Hotspots of Sudan and Syria. Crop Science students who are writing their projects can get this material to aid their research work.

One hundred and eighty-nine (189) wheat genotypes were evaluated in multi-environments (Tel-hadya (Syria), Dongola (Sudan) and  Wadmedani (Sudan)) for heat tolerance  from 2011  to 2012. Genomic mapping of the quantitative trait loci underlying heat tolerance in the crop was also performed.

The field experiment was laid out in an alpha lattice design. The data obtained were subjected to restricted maximum likelihood (REML) for generation  of  best linear unbiased estimates (BLUEs).

The heat tolerance study in the two  seasons (early and  late) in Tel-hadya, Syria showed that days to heading, days to maturity and grain filling duration, plant height and grain yield were significantly (p <0.05)  reduced  in  late  season when compared with their performance in the early season.

The grain loss due to  heat  stress  in the late season compared to the early season was in the range of 58 to  88%.The effect  of heat stress on days to heading, days to maturity and grain filling duration, plant height  and grain yield of the crop varied across the sites (Late season in Tel-hadya, Dongola and Wadmedani).

The decreased effect of heat stress was most pronounced in late season in Tel- hadya than in the two sites in Sudan. The Additive  Main  effects  and  Multiplicative Interaction (AMMI) estimates showed 20 top yielding genotypes in all the sites with a grain yield range of 2.593 t/ha in Gen135 to 2.893t/ha in Gen117.

The world population is expected to reach about 9 billion by the end of the 21st century, and it has been predicted that the demand for cereals, especially wheat, will increase by approximately 50% by 2030 (Borlaug and Dowswell, 2003).

Wheat production attracts increasing attention globally owing to its importance as a staple food crop, such that the availability of wheat and wheat products are seen as a food security issue in many countries. This has led to growing of wheat in many parts of the world even where it was not formerly grown.

Paliwal et al. (2012) indicated that wheat is one of the most broadly adapted cereals. Although wheat is a thermo sensitive long day crop that requires  relatively low temperature for its optimal yield, it is being grown in the tropics and subtropics despite the relatively high temperature that is associated with the areas  (Rehman et al., 2009).

In spite of the growing attention on the crop globally, Ali (2011) reported that its production in many regions of the world is below average because of adverse environmental conditions.