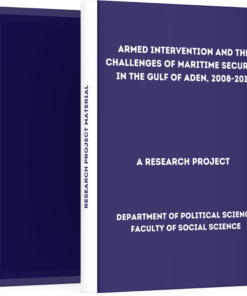 If you are interested in getting this project material “Political Parties and National Integration: a Comparative Analysis of Political Parties in the Second Republic (1979-1983) and Fourth Republic (1999-2003)”, click on the DOWNLOAD BUTTON to make payment and the file will be delivered to your email immediately after confirmation.

This research was born out of the desire to investigate the extent to which the second and fourth republic political parties impacted on national integration. As the great philosopher, Aristotle posited “man is a political animal”.

This means that in every society, there must exist individual diverse interest and that of Nigeria is no exception Political parties are there to aggregate these diverse interests  to  make way for stability and national integration.

The rise of political parties as an instrument of national integration has captured the attention of many scholars in recent times.

Their common purpose enable Appadorai (2004:537) to formulate his classical definition of political party as “A political party is more or less organized group of citizens who act together as a political unit, have distinctive aims and opinions on the leading political questions of controversy in the state.

Edmund Burke defined political party as “a body of men united for promoting by their joint endeavors, national integration upon some particular principles in which they  are all agreed”.

Ostrogorski (1854-1919) was one of the first students of politics to recognize that parties were becoming vital in the new era of democratic politics.

The twentieth century proved to be the century of parties. In West Europe, mass parties battled for the votes of enlarge electorates.