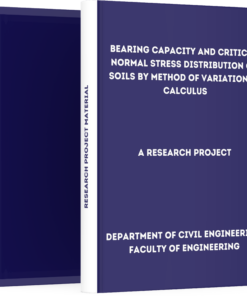 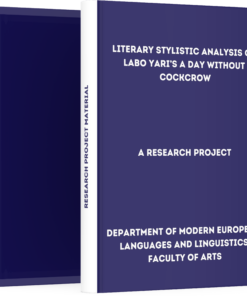 Self-efficacy, Peer Pressure and Gender as Predictors of Altruism among Adolescents

If you are interested in getting this project material “Self-efficacy, Peer Pressure and Gender as Predictors of Altruism among Adolescents”, click on the DOWNLOAD BUTTON to make payment and the file will be delivered to your email immediately after confirmation.

– Self-efficacy, Peer Pressure and Gender as Predictors of Altruism among Adolescents –

Download Self-efficacy, Peer Pressure and Gender as Predictors of Altruism among Adolescents. Psychology students who are writing their projects can get this material to aid their research work.

Three instruments were used in this study: General Self-efficacy scale, Peer Pressure Inventory and Altruism Scale. The purpose of the study was to examine whether self-efficacy, peer pressure and gender have predictive ability over altruism. It was hypothesized that: Self-efficacy would not significantly predict altruism among adolescents.

Altruism is the selfless concern for the welfare of other. It is a traditional virtue in many cultures, and central to many religious traditions. In English, this idea was often observed as the Golden Rule of Ethics. Some newer philosophies (egoism) have criticized the concept, that there is no moral obligation to help others.

Altruism is the opposite of selfishness. Altruism is a costly activity that profits others (Schwitzgebel & Rust, 2009; Chartopadhyay, 1999). Schulz, (2011) described altruistic behaviour as an end in itself, not directed at gain emitted voluntarily and doing well.

Lamm, Batson, and Decety, (2007) saw altruistic behaviour as a donor’s attempt to maximize the pleasure of the recipient. Altruism, according to Bassey and Eze (2005), has been given different names such as helping behaviour, pro-social and epimelectic behaviour and like some other psychological concepts.

Its definition has remained controversial and equivocal. However, Baron and Byrne (2000) referred to altruism as the possession of behaviour that entails an unselfish concern for the welfare of others but has no obvious benefit for the person who carries out the action and sometimes even involves risks.